“I will not let anyone walk through my mind with their dirty feet.” 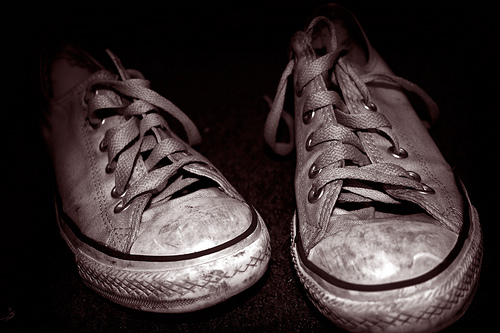 It is a common custom in many parts of the world to remove one’s shoes before entering the home of a friend or colleague, so as not to bring any unwanted dirt into their residence and thus soil their surroundings.

Gandhi is asking us to consider the idea that negative or undesirable thoughts from others are a pair of metaphorical “dirty shoes” that can leave unpleasant remnants in our minds, polluting our inner world.

How can you limit or completely stop others in your professional and personal lives from “messing” with your mind?

“When you are tough on yourself, life is going to be infinitely easier on you.”

In my earlier career as a teacher, a common concept that was often discussed was the “bell-shaped curve.” This ranked students against one another along a continuum of excellence, where only a select few would obtain the highest ranking. The majority of students ranked in the middle, with the remainder toward the lower end of the curve.

In this quote, Zig Ziglar suggests that we as individuals can set our own scale, where our measure of excellence is against ourselves. When we do so, our level of achievement often exceeds what those around us might establish as acceptable or even superior.

Where in your personal and professional life are you coasting, or taking it too easy, because you often still come out toward the front end of the curve?

Select at least one area where you will establish a “boot camp” of intensity and toughness to fully realize your potential.