“I’m not a genius. I’m just a tremendous bundle of experiences.” 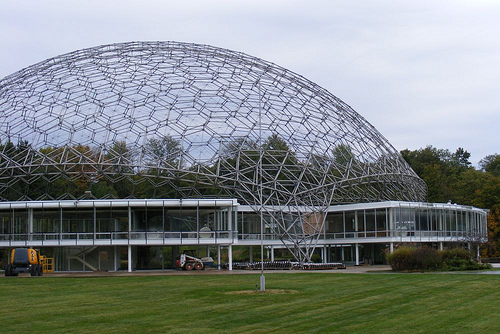 Buckminster Fuller was a remarkable man. At the age of 32, he decided to use his life as “an experiment to discover what the little, penniless, unknown individual might be able to do effectively on behalf of all humanity.”

Even Albert Einstein was prompted to say to him, “Young man, you amaze me.”

How can you enhance and expand your own professional and personal experiences to discover and pursue your own genius and amaze yourself?

To learn more about Buckminster Fuller, you can go to: www.socialsynergetics.com/site/bucky-fuller

“Don’t fight forces: use them.”

As a former science teacher, I have always been interested in the forces of nature. Consider wind energy and wave energy, two forces of nature we often face in our outdoor activities.

If you happen to play golf, you know what it is like to drive a ball into 20 mile per hour headwind versus having the same breeze at your back.

In terms of water energy, have you ever tried to swim or boat against the current or through an oncoming wave?

Explore the personal, professional, social and cultural forces around you to see how you might use these energies versus fight against them to move forward in your life.