“One glance at a book and you actually hear the voice of another person — perhaps someone dead for 1,000 years. To read is to voyage through time.” 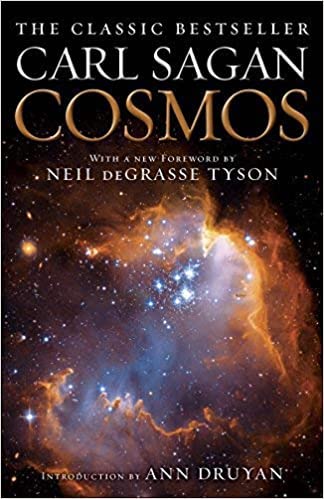 The book Cosmos by Carl Sagan was first published in 1980. It was a sensation, and Sagan became an astronomic hit (pun intended!). His work significantly popularized the explorer in each of us, to more fully examine our relationship with the universe and the role man has as a pioneer and adventurers of our solar system and beyond.

His word played a considerable role in bringing humanity’s voice, images, and the sounds of Earth to the rest of the galaxy, through the famous Golden Records attached to the Voyager probes launched in 1977.

When we look into space and see the cosmos, we are seeing the past based on the finite speed of light. Despite traveling 35,000 miles per hour, Voyager has only traveled a bit over 13 billion miles — well short of even the closest star in our Milky Way Galaxy.

What are the most influential books that made a lasting impact on your life? How have the voices of the recent and distant past taken you on a voyage through time to contemplate the thoughts and wisdom of man through the years?