“Good people bring out the good in people.” 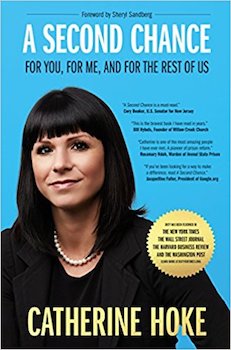 The United States prison system holds more incarcerated felons than any other country in the world. Unfortunately, the efforts at rehabilitation have been very poor, with over 70 percent of those released returning to prison.

In the last few weeks, I read a book titled A Second Chance by Catherine Hoke. In her remarkable Defy Ventures programs, some of the most violent criminals are given a second chance to lead productive, contributory lives by discovering their “generous hustle.”

Ninety-five percent of those who graduate from this program never return to prison, because the good in many people, like Catherine, brought out the good in them.

Where do you or others deserve a second chance to rise above and beyond mistakes of the past? Where can the good in you and others bring out the very best in one another?