“Great things are not done by impulse, but by a series of small things brought together.” 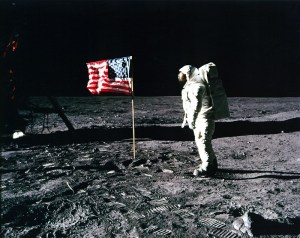 If you have been a loyal reader of The Quotable Coach for some time, you may have read a few posts in which I shared my dream, as a young man, of being an astronaut.

The space race and the Apollo missions to the moon, inspired by JFK’s famous speech, inspired me to want to develop my own “right stuff” and reach for the stars.

If you research the monumental accomplishment of putting a man on the moon, you will discover the almost infinite number of small things and tens of thousands of people that had to be brought together to turn the dream into a reality.

What great things do you wish to accomplish that would be attempted and realized if you took the time to reverse engineer them into a series of small steps?

Consider watching In the Shadow of the Moon produced in 2007.