“Chains of habit are too light to be felt until they are too heavy to be broken.” 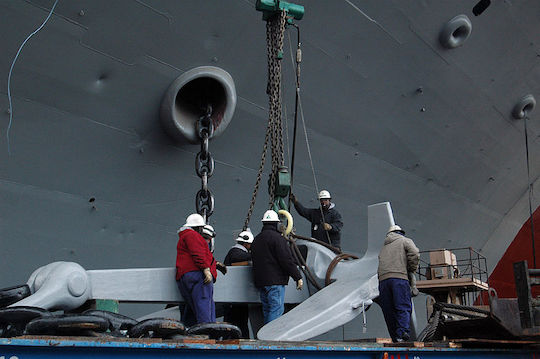 The USS Nimitz aircraft carrier needed some maintenance a few years ago. As part of this effort, the crew had to move its 60,000 pound anchor, and its 57-link chain. Each link weighs 350 pounds. Doing the math, each 90-foot “shot” of chain weighs about 20,000 pounds! By the way, it takes twelve “shots” collectively to hold this anchor.

What are the heavy chains of habit you have yet to break? Consider past New Year’s resolutions that started with enthusiasm and petered out come February.

The good news in that, as in the case with the Nimitz, when the crew came together they were able to move the heavy chains and anchor to get the job done. So can we.

Who are the supportive and helpful crew members on your personal and professional ships? How can they help you notice and become more aware of your habits early on, when they aren’t so heavy a burden?