“Great leaders don’t blame the tools they’re given. They work to sharpen them.” 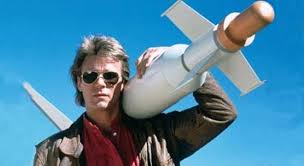 MacGyver was a very popular action adventure TV series in The United States and some other markets, from 1985 to 1992.

Where and in what ways can you make the most of the tools and resources available to you?

Where can you, as Stephen Covey might suggest, “sharpen the saw” of your abilities to be a MacGyver-like problem solver in your world?