“The future is something which everyone reaches at the rate of 60 minutes an hour, whatever he does, whoever he is.” 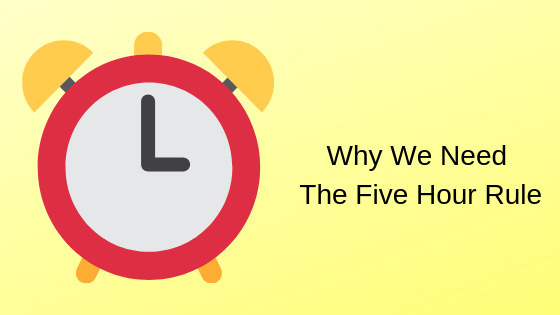 Today’s quote has a bit of a passive quality for me. In a recent article, Michael Simmons points out the considerable downside of a passive approach by describing a term he coined “The Five Hour Rule” a few years ago. Through his research of the most successful people in the world he discovered a pattern: They all devoted at least five hours a week to deliberate learning, to ensure long-term success.

His work demonstrates that in maintaining only our current knowledge, about 50% will become outdated within a decade. He points out that each of us will need to learn five hours a week just to stay up-to-date in our current fields, and more if we want to get ahead.

Most of us know that we all forget a significant portion of what we learn, but did you know that facts in many fields of study have a half-life where previous knowledge can no longer be found in scientific citations?

Consider where the fields of artificial intelligence, app development, social media management, driverless cars and cloud computing will be even a few years from now. None of these fields existed 15 years ago.

How and in what ways can and will you invest at least five hours each week on intentional learning?

Consider checking out Michael Simmons article by reading “The Math Behind the Five Hour Rule.”