“When science discovers the center of the universe, a lot of people will be disappointed to find they are not it.” 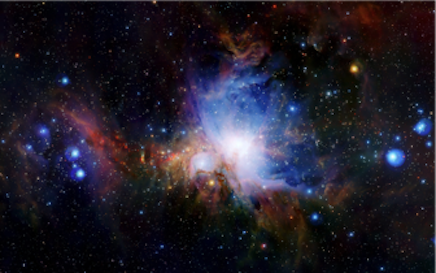 Early man believed that Earth was the center of everything, since they observed moons, planets, and stars revolving around it in the night sky. As science advanced, we learned that Earth is actually in an elliptical orbit around the sun.

With further advances in science⏤particularly in astronomy and astrophysics⏤we now know that we are a small speck on a small planet in a small solar system tucked away in the far corner of one out of two trillion galaxies in the universe.

And yet, many people believe they are the center of the universe, and that the world should somehow work out in whatever way they desire. History has clearly proven this idea ridiculously untrue, yet many still want to believe it.

How would seeing yourself and others as part of the oneness of all things provide you greater peace of mind and contentment? Consider the fact that we are all stardust, and that we have an important role to play in this infinite universe.