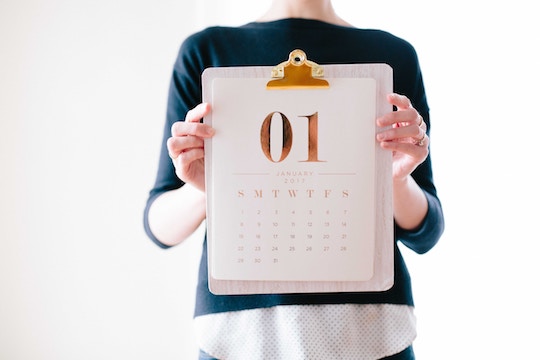 Image from Unsplash by Brooke Lark

If you ever established a New Year’s Resolution and came up short, you are not alone.

Statistics show over 90% of people have the same experience.

Studies have shown that even when doctors tell heart patients they will die if they don’t change their habits, only one in seven will be able to follow through successfully.

It appears that desire and motivation aren’t enough, even when it is literally a matter of life or death.

It is also clear that the status quo has a pretty tight grip on what Roger Kegan calls The Immunity to Change.

What patterns of thinking and doing would have your “Try Again” efforts work this time?

Beyond limiting your focus on fewer priority objectives, consider adding a wide variety of social and structural supports to bolster your motivation and ability to succeed this time.

“The will to win, the desire to succeed, the urge to reach your full potential… these are the keys that will unlock the door to personal excellence.”

Every two years the athletes of the world come together to participate in either the summer or winter Olympic Games. There is perhaps no other global spectacle that demonstrates the will to win, the desire to succeed, and the urge for these special athletes to realize their potential.

Few of us have ever competed on a profession or Olympic level in sports. Each of us, however, plays and competes each and every day in the game of life, in which professional and/or personal success is the goal.

What would a “Gold Medal Life” look like to you? How would establishing this goal in your heart and mind foster greater will and desire to more fully unlock your doors to personal excellence?

“If you wish to be out front, act as if you were behind.”

How competitive are you in your personal or professional life? What factors motivate you to do your very best and achieve remarkable results? Some people are motivated to avoid pain or punishment. Others are goal or future oriented, setting their sights on pursuing and achieving a worthy objective ahead of them.

La Tzu’s coaching is to set our sights on just such an external person or objective, to create a “come from behind” victory, and be out front.

Where are you currently behind in the race to achieve some worthy goal or objective? How can you use this position to motivate you to pursue and surpass your highest expectations?

Remember: when you are are out in front, find something else to pursue, or others will quickly be on your heels.