“One small positive thought in the morning can change your whole day.” 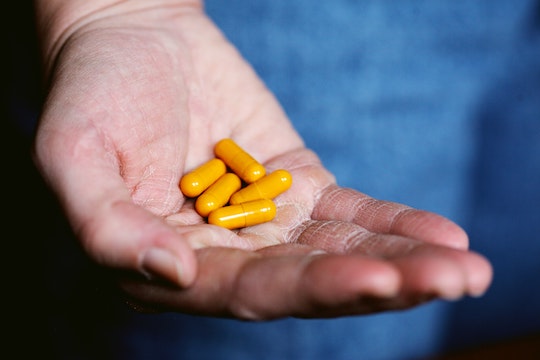 Image from Unsplash by Sharon McCutcheon

Do you take a daily vitamin or perhaps a variety of supplements each morning to support your health?

What foods do you eat for breakfast to start your day?

How much time do you allow for yourself to feed your mind before you jump into your busy schedule?

Consider yourself a sprinter about to run the 100 meter dash in the upcoming Olympic Games. How important is it for you to be powerfully positioned in the blocks when the starting gun goes off?

How can you add one or more positive thoughts or nuggets of wisdom to your morning routine?

Consider sharing this lesson or insight with at least one person in one of your communities.

—Jon Gordon, Author of The Carpenter 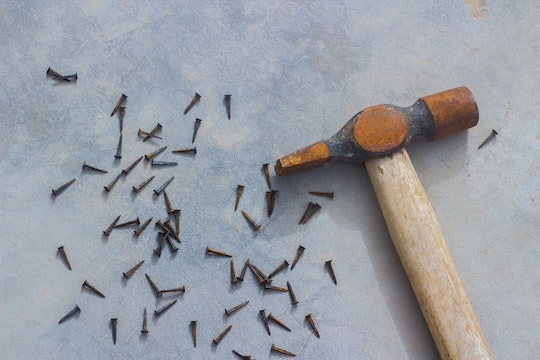 Image from Unsplash by travelergeek

Where do you stand on the negative to positive spectrum of thought? How do you view yourself when you listen closely to your inner voice?

Carpenters use nails all the time to fasten and hold things together. Adding an extra nail or two can make a structure even more rigid and solid. As someone who isn’t particularly handy, I often use nails to hang pictures on the wall as a way of hiding a blemish or mark.

How are you seeing the world and relating to the people in your personal and professional communities these days?

How do you judge others on this spectrum when you examine their words and actions?

Where do you see the negative thinking in your world keeping people stuck and rigid?

How would greater positivity and optimism offer greater possibilities to build a better future? 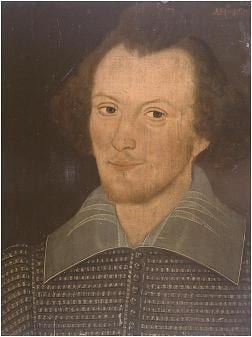 William Shakespeare’s plays, poems, and sonnets have taught the world many life lessons that are still relevant today.

Through his works, he taught that love can conquer and destroy, that people trust what they cannot see, and that human ethics are easily manipulated.

In addition to the subject of love in his numerous works, he frequently included other common characteristics of society including greed, ambition, and the focus on power.

How would you imagine Shakespeare might view our current society, given that he lived during challenging times between 1564 and 1616 in England?

What are your thoughts and feelings about your own present fears versus your own imaginings?

Consider checking out the website NoSweatShakespeare.com to explore in greater depth his significant influences on our world.

“Common sense is the collection of prejudices acquired by age eighteen.” 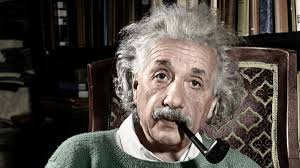 When we think of great minds, few people top the list more often than Albert Einstein.

If you investigate his life through a wide variety of sources, you will see that he was fond of what he called “thought experiments.”

I guess you could say that he thought a lot about thinking!

What about your own mind?

How much do you think about your own thoughts and how they influence your view of others and life in general?

What prejudices, biases, mental models, and paradigms have you ingrained that support and in many cases limit what’s possible for you?

How can and will you conduct some of your own expanded thought experiments to realize a less common and more extraordinary life?

“We are the masters of our fate, the captains of our souls, because we have the power to control our thoughts.” 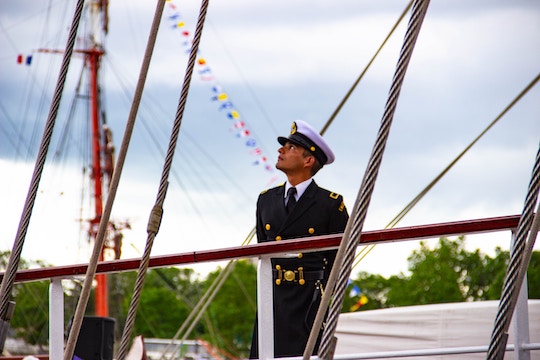 Image from Unsplash by Philippe Oursel

Perhaps one of the primary reasons for the rapid growth of the coaching industry is its ability to significantly increase our mindfulness and self-awareness. The phrase “Wherever you go, there you are” is poignant in that we always bring along our minds, which strongly influences and creates our worlds.

The majority of my work with clients focuses on executive leadership and business matters. Nevertheless, I’ve noticed considerable attention shifting to more personal and soulful issues and the idea of living a far more meaningful life.

If you, too, wish to dig deeper into being your own soulful captain of life, I strongly recommend the book Toward a Meaningful Life by Simon Jacobson.

“Not all things are to be discovered. Many are better concealed.” 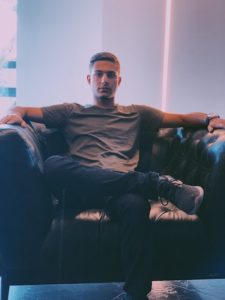 T: Is what you are about to say TRUE?
H: Is what you plan to say HELPFUL?
I: Will what you say IMPROVE the situation?
N: Is saying it NECESSARY?
K: Is it KIND?

How would your professional and personal relationships improve if you did more thinking before you spoke? Where would more silence and concealing your inner voice be the best approach to take with selected individuals? What other aspects of your life would be better off concealed?

How often do you think about the way you (or others) think? Here are a few thinking-related posts you may have missed. Click the links to read the full messages. 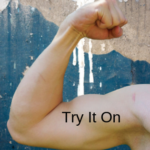 “The ability to perceive or think differently is more important than the knowledge gained.” 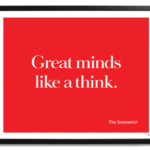 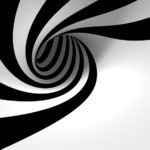 “If you see the world in black and white, you’re missing important grey matter.”

“The thought is father to the deed.”

Sigmund Freud, who lived between 1856 and 1939, was the founder of psychoanalysis, a method used for treating mental illness, and a theory which explains human behavior.

Among his various contributions, he developed a topographical model of the mind. He proposed that the mind was analogous to an iceberg, with the conscious, subconscious, and unconscious minds representing different levels of awareness.

I suggest a bit of editing in today’s quote. Consider replacing the word “father” with “mother,” or at least adding it, given what is required for the conception and eventual birth of an idea, a person, and of course, their deeds.

How can you examine and explore your thinking on all levels to more fully conceive and give birth to your most meaningful and inspired actions, to better your world?

“When the heart is afire, some sparks will fly out of the mouth.” 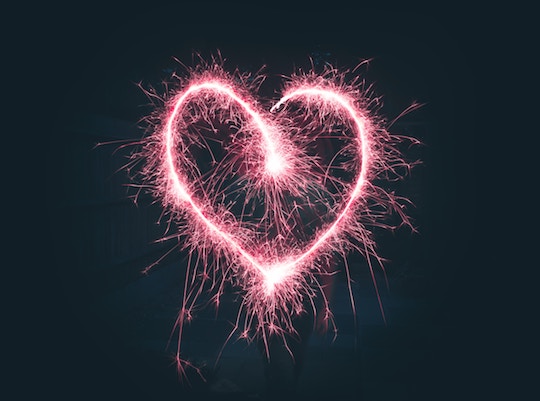 Image from Unsplash by Jamie Street

Today’s quote is about leadership. Take a moment to consider the sparks flying out of people’s mouths these days. Gun control, global warming, nuclear proliferation, politics, and the economy are just a few of the hotly debated subjects.

What topics have your heart afire? To what degree do you share your own thoughts and opinions on those topics with others?

Where is the status quo unacceptable in your personal or professional worlds? Where can and will you play a greater leadership role and let a few more sparks fly out of your mouth, sharing your heartfelt beliefs?

“As soon as you trust yourself, you will know how to live.” 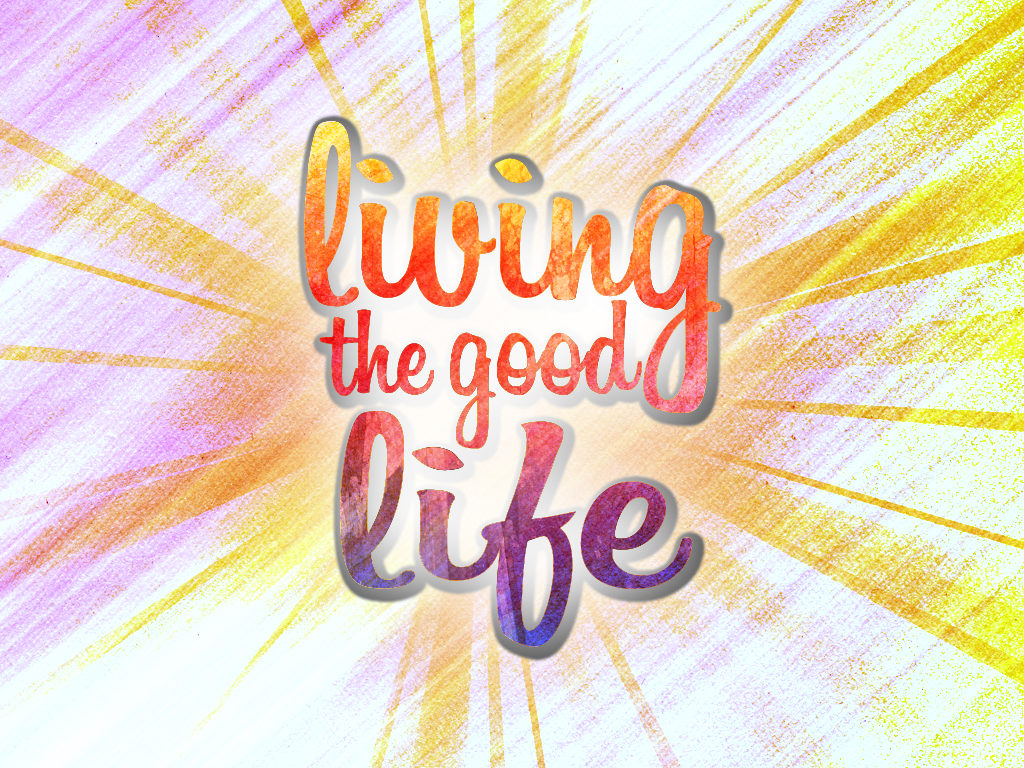 What is it to live a good life?

How does one measure a life well lived?

What intrinsic and extrinsic factors are your gyroscopic guides on this great adventure?

Many people are giving more thought to this, particularly as they look in the mirror and see the aging process in effect, or pine on what they were once able to do years earlier.

Many experts, happiness gurus, and people who live “in the moment” encourage all of us to explore our emotions and feelings in order to tap into these trustworthy cornerstones of how to live.

Where and how can you more fully tap into your thoughts, emotions, and feelings to assure yourself that you are indeed on the right life path?